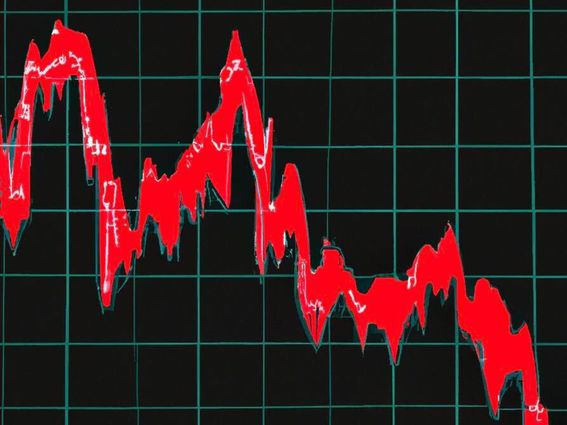 Bitcoin miners are about to face another tough challenge in an already depressed market, as the difficulty of mining a bitcoin (BTC) block is set to see another large increase early next week, weighing further on profit margins.

The metric adjusts automatically to keep the time required to mine a bitcoin block to roughly around 10 minutes, depending on the network hashrate, that is, amount of computing power committed to mine and secure the Bitcoin blockchain. The higher the hashrate, the higher the difficulty, which lowers miners' profitability. 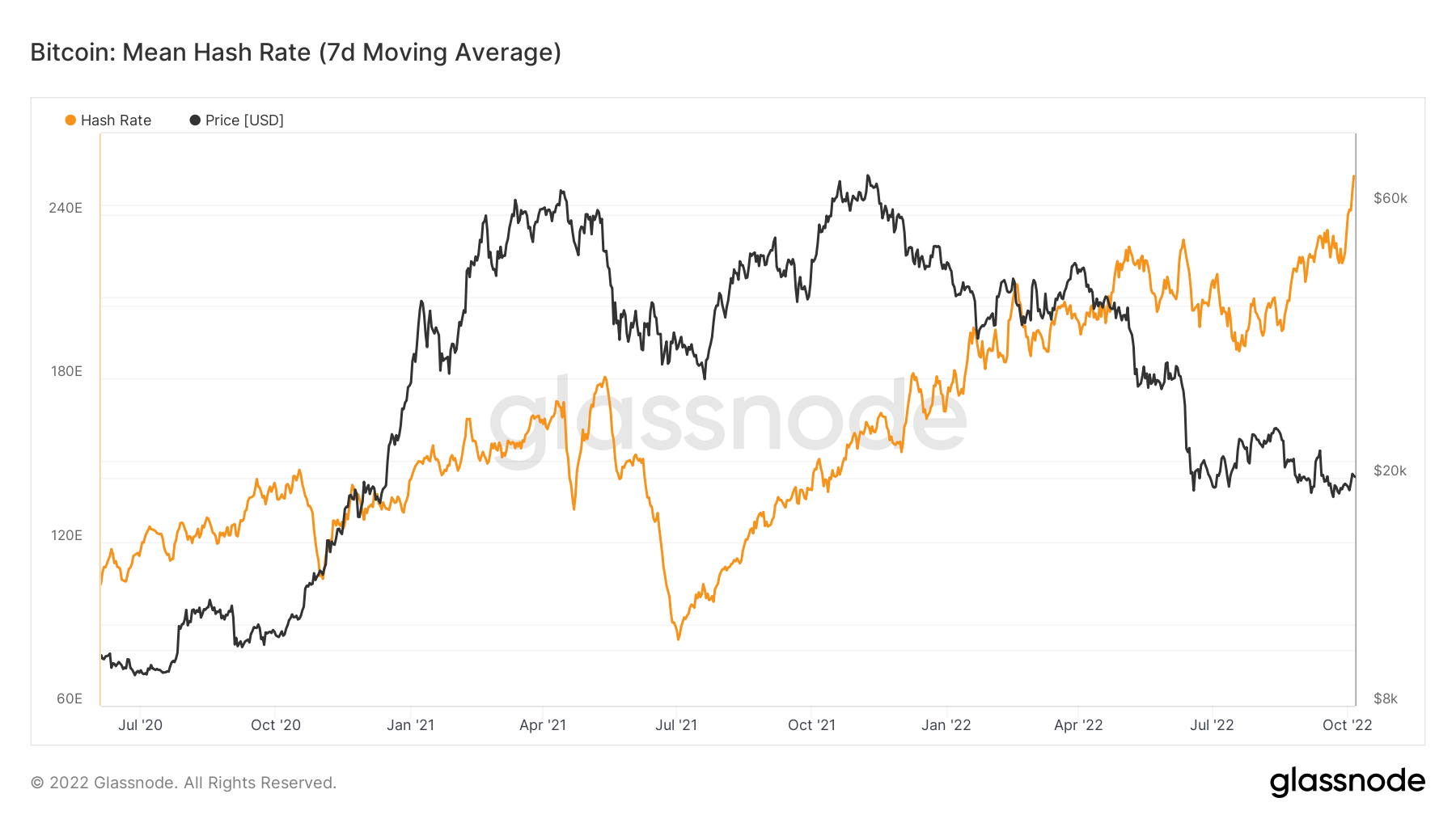 The network’s hashrate is currently at all-time-high, hovering just over 250 exahash per second (EH/s), according to data from analytics firm Glassnode. More efficient mining machines and cooler weather are among the reasons for this sharp increase in hashrate, said Ethan Vera, chief operating officer at mining services firm Luxor Technologies.

“A combination of high-efficiency machines such as the S19XP getting delivered, cooler temperatures heading out of summer, lower power costs in the U.S. and old ETH-mining power capacity being reallocated has led to a sharp increase in network hashrate,” he told CoinDesk.

Currently the bitcoin mining network block time is around 8 minutes and 90 seconds, which is faster than the expected 10 minutes, according to data from CoinWarz. Although there is still more time left until the next adjustment, the difficulty is expected to rise more than 10% from 31.36 trillion today, potentially reaching an all-time high, data shows.

The measure has already seen a large increase in August as miners in North America started to ramp up production ahead of the cooler months. Earlier this summer, miners across the U.S. and in Texas, a hub for the industry, were curtailing their operations to cope with heatwaves, which contributed to lower difficulty and network hashrate.

It's no secret that the bear market has been rough for the miners, who have seen profit margins shrink as bitcoin prices plunged more than 50% this year, while power prices soared and capital dried up. The shares of publicly traded bitcoin miners have fallen more than 70% this year, on average, according to FacSet data. Meanwhile, one of the largest bitcoin mining data centers, Compute North, filed for bankruptcy last month, citing the severe bear market, supply issues and trouble with its largest lender.

The pain is likely to be exacerbated for the industry from higher network hashrate and difficulty. “With hashprice hovering around the $80/PH/Day range, this difficulty increase will be painful for miners, dropping their revenue by an additional 10%+,” said Vera. The hashprice refers to a metric coined by Luxor that measures revenue per terahash of computing power for miners.

“If hashprice continues to decline, either through difficulty increases or falling Bitcoin price, we will likely see some more distressed situations come to market in Q4,” Vera added, noting that miners with high debt load and costs are at most risk in this environment.

However, it's not all doom and gloom. With weaker miners squeezed out, the survivors are set to thrive, according to Chris Brendler, an analyst at Wall Street investment bank DA Davidson. “Miners with higher power costs, less efficient operations, and/or leverage have underperformed while the strongest positioned are set to thrive as the "crypto winter" is already squeezing out disadvantaged players,” said Brendler.

“Although cooler fall weather has recently sent the network hashrate to all-time highs, we're confident this spike is unsustainable without a materially higher BTC price,” he added.