Ethereum moved closer to $1,400 on Thursday, as the token rebounded from yesterday’s sell off. The world’s second largest cryptocurrency rose to its highest point in almost ten days during today’s session, as markets were marginally higher. Bitcoin was once again trading above $20,000.

Bitcoin (BTC) was once again hovering above $20,000 on Thursday, as markets were boosted by better than expected private payrolls figures.

Ahead of tomorrow’s non-farm payrolls report, ADP private sector payrolls came in at 208,000, higher than the 200,000 markets had expected. 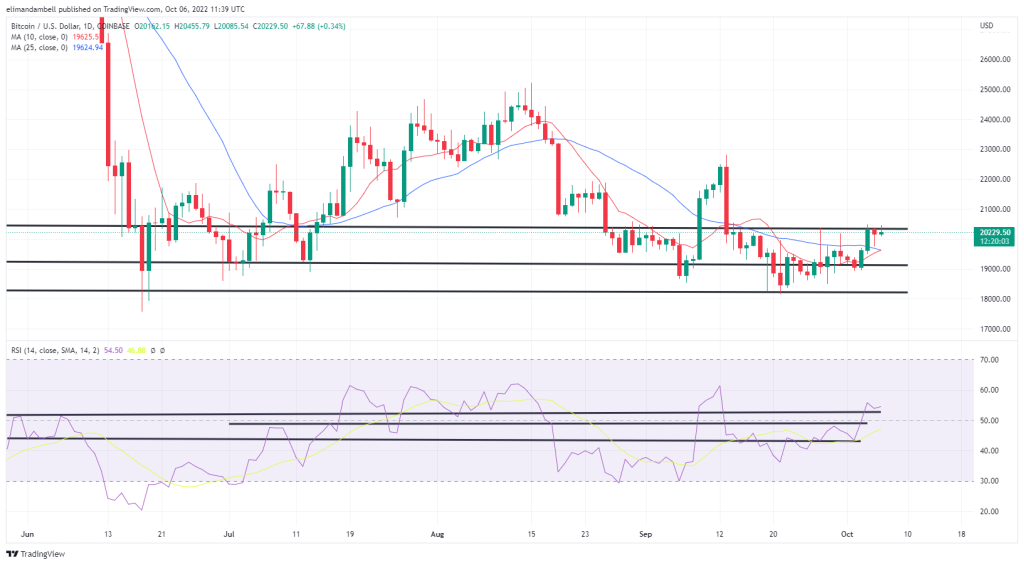 Looking at the chart, today’s surge has pushed the momentum of the 10-day (red) moving averages higher, with the trend line now nearing an upwards cross with its 25-day (blue) counterpart.

As of writing, BTC is now trading marginally below its long-term support level of $20,300, which has mostly been in place since September 13.

In order to move beyond this point, the 14-day relative strength index will need to move past its currency ceiling of 55.60.

Ethereum (ETH) moved to a ten day high in today’s session, as bulls continued to push prices towards the $1,400 mark.

This is the strongest point that the token has traded at since September 27, which is also when ethereum was last above $1,400. 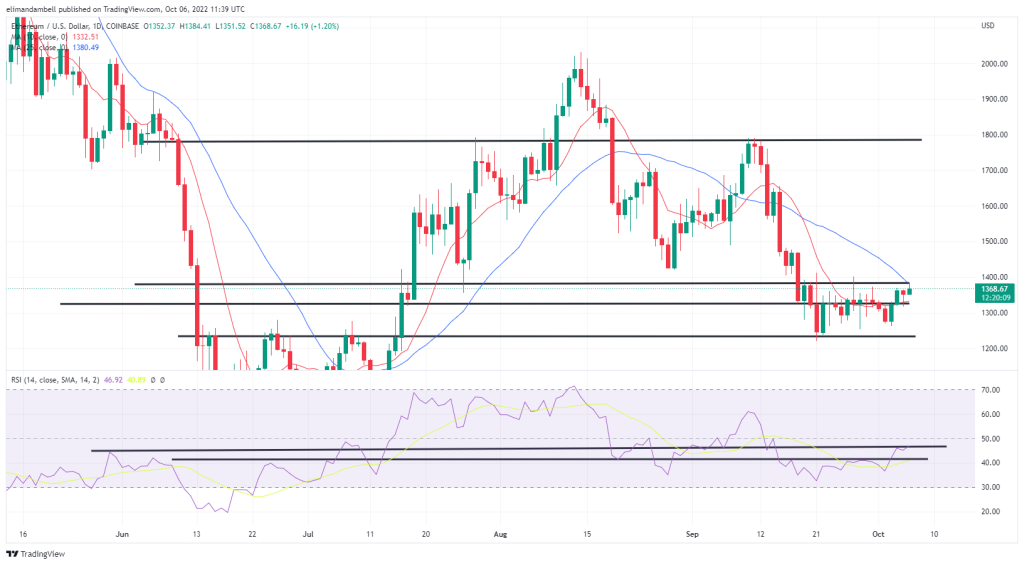 As of writing this, ETH bulls have given up some earlier gains, with the token currently trading at $1,368.

The decline comes as the RSI collided with resistance of 47.00, which has also been in place since mid-September.

Once this obstacle has been finally overcome, then the world’s second largest crypto token will likely be back above $1,400.

Register your email here to get weekly price analysis updates sent to your inbox: