Following the successful implementation of The Merge into Ethereum’s Goerli testnet, Ethereum developers confirmed during a Consensus Layer Call livestream that the highly anticipated proof-of-stake (PoS) upgrade is coming this next month on or around September 15th to the 16th. After the Ethereum network’s Total Terminal Difficulty (TTD) hits 58750000000000000000000, the chain will fully transition into a PoS blockchain after starting out as a proof-of-work (PoW) blockchain.

Ethereum has some big changes ahead and during Consensus Layer Call #93, Ethereum developers confirmed that when the network’s TTD hits 58750000000000000000000, The Merge will be implemented. The blockchain developer and Ethereum Foundation member Tim Beiko tweeted out the TTD number following the call that was streamed on Youtube.

The news follows The Merge being successfully merged into the network’s Goerli testnet following the adaptation of Ropsten and Sepolia before Goerli. When Ethereum’s TTD tapped the 10790000, The Merge was added to the third and final testnet. While it was assumed The Merge would take place on the week of September 19, the assumption is when the TTD reaches 58750000000000000000000, The Merge will be implemented on mainnet on or around September 15 to 16.

Presently there’s still 1 petahash per second of PoW hashrate dedicated to the ETH blockchain and while some assume the hashpower will go to Ethereum Classic (ETC), an alternative PoW fork has been announced for when The Merge is implemented. It’s possible that the hashrate is split into two factions with one supporting ETC and the other proposed PoW Ethereum network called ETHW. 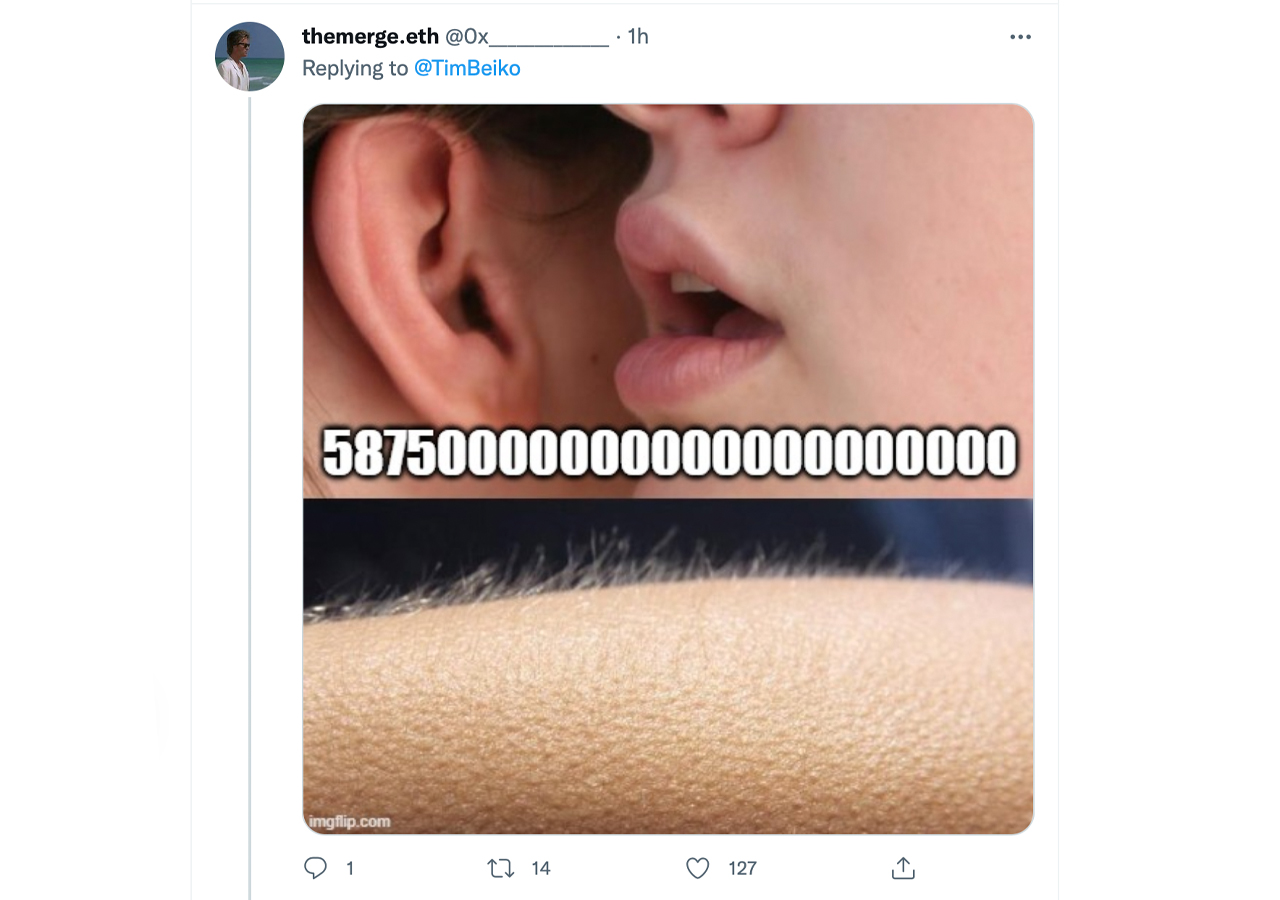 Of course, Beiko’s tweet and the number 58750000000000000000000 started trending on social media on Thursday as people are pleased to know that a date is set. An Ethereum upgrade called Bellatrix will take place on or around September 6, and following that change, The Merge is expected to finally go live. Tim Beiko has added “Tentative mainnet TTD #585” to the blockchain’s Github repo and Ethereum developers are expected to convene for a meeting on August 18, 2022.