DOGE rose on Saturday, following yesterday’s tweets from Elon Musk confirming that Spacex could soon accept the memecoin as a payment option for merch. Tezos was also higher to start the weekend, as it rose by nearly 5%.

DOGE was one of the most notable movers in crypto markets on Saturday, coming as traders continued to buy the memecoin following a recent tweet from Elon Musk.

As we covered yesterday, Musk stated that Spacex merch will soon be available to purchase using DOGE.

This move saw the memecoin hover marginally below its resistance of $0.08500, however as traders moved in to secure profits, some of these earlier gains were lost.

Price strength still remains elevated despite the surge easing, with the RSI hovering above its resistance at 35.5.

XTZ went from trading above $2.25 on Thursday, to falling to $1.75 during yesterday’s session. However, bulls have since re-entered, with prices now consolidating.

On Saturday, XTZ/USD hit an intraday peak of $1.94, which is marginally below an interim resistance level at $1.95. 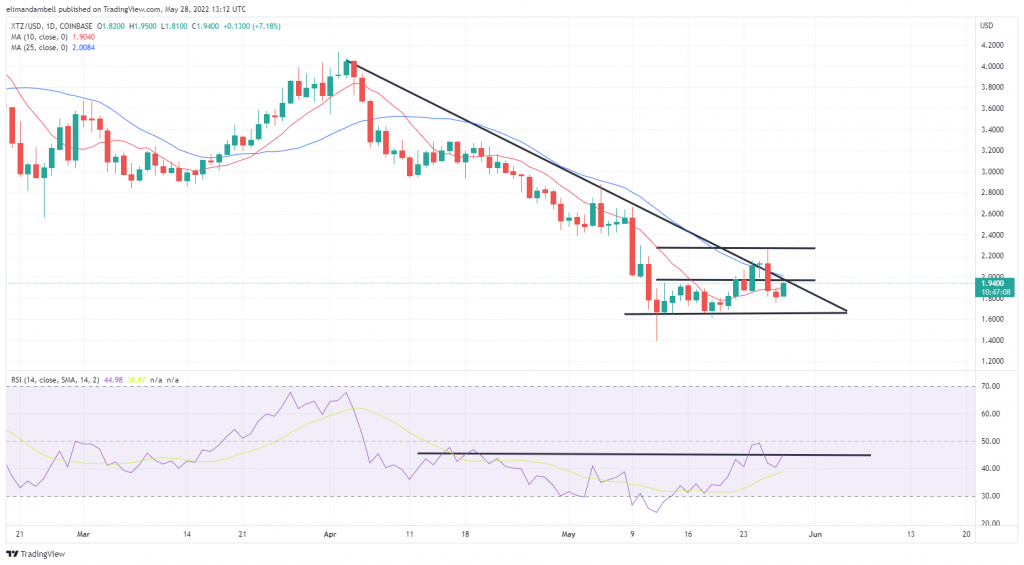 Bulls are likely looking to recapture the $2.00 level, however in order to do so, there are some obstacles to overcome.

One of the main ones being the 44.80 ceiling on the 14-day RSI, which has been broken once in the last two months.

However, should this break, we will likely see an influx of bulls taking prices back to the $2.25 level, but if such a breakout fails, we could see a move closer to support of $1.65.