Bitcoin bears re-entered the marketplace on Saturday, as prices moved closer to a multi-week low to start the weekend. BTC once again fell below $29,000, whilst ETH continues to move lower, and now hovers around $1,750.

Following a brief rebound on Friday, BTC once again moved lower, with prices falling under the $29,000 mark to start the weekend. 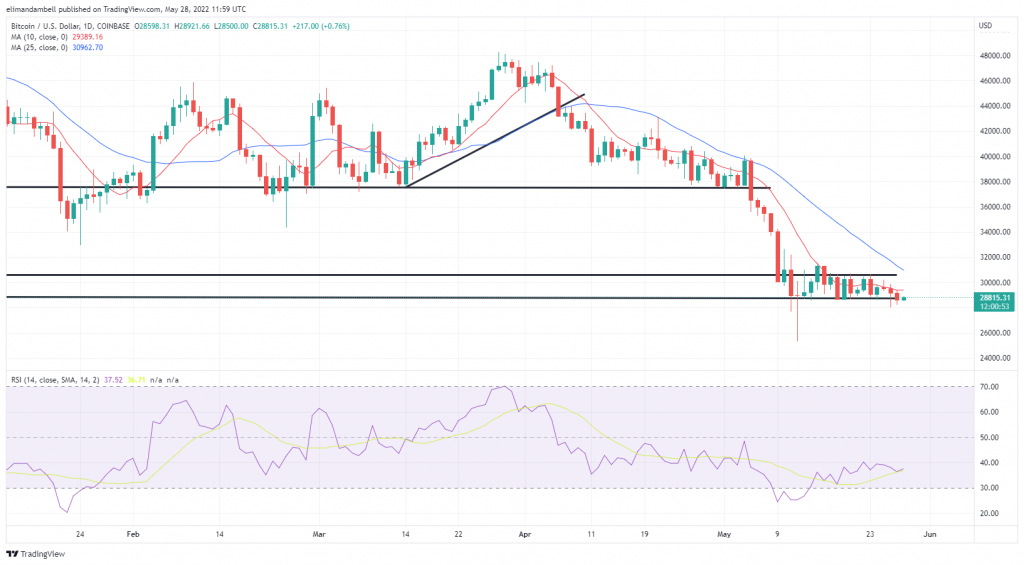 Overall, BTC is down over 1% in the last seven days, with markets mainly consolidating during that period.

Many now believe that after bearish stints in April and May, we might have seen the worst of the selling in crypto, with a potential for a slight rebound in June.

The 14-day RSI is currently tracking at a floor of 35. Should this break we could see some more downward declines until bulls decide to really recapture the market sentiment.

ETH dropped for a fourth consecutive session, as bears refused to give way to any incoming bulls, who attempted to stabilize prices.

So far on Saturday, ETH has dropped to a low of $1,721.26, which is its weakest point since May 12, and comes as yet another floor is broken.

Despite recent declines, it appeared as though the $1,750 level on ETH/USD was acting as a support point, however that floor was tested earlier today. 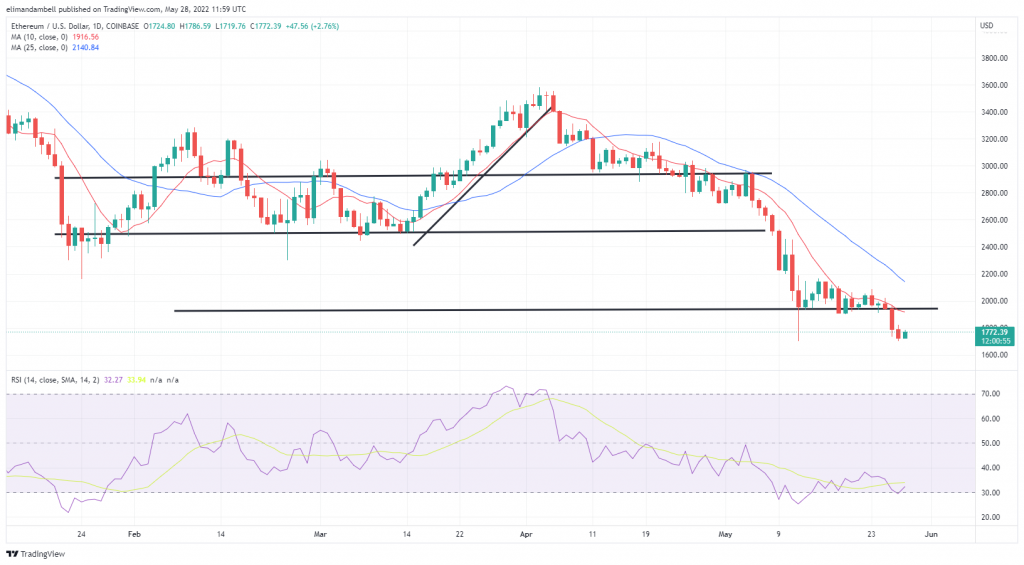 Although it failed the initial test, we have seen somewhat of a fight back, with prices now trading at $1,776.19.

Overall, ETH is now down close to 10% in the last seven days, with some expecting moves towards $1,600 in the next few weeks.